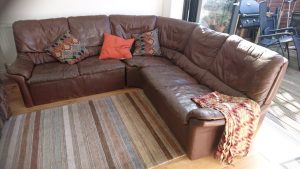 You’ve served us well even though you are probably not Danish, vintage or leather the way the eBay ad described you. Even describing you as ‘brown’ was probably a stretch given the faded bits.

Anyway, in a few days you are being collected and taken to a new home because we definitely, definitely don’t want to pay a year’s storage for you while we are travelling.

At the weekend we visited two storage facilities to check them out and compare costs. They are pretty weird places. You get your own code which, in the case of one company, allows 24 hour access through narrow, winding corridors lined with metal doors. The thought of going there at, say, 4 am is slightly creepy. Who needs 24 hour access? What lies behind those padlocks? 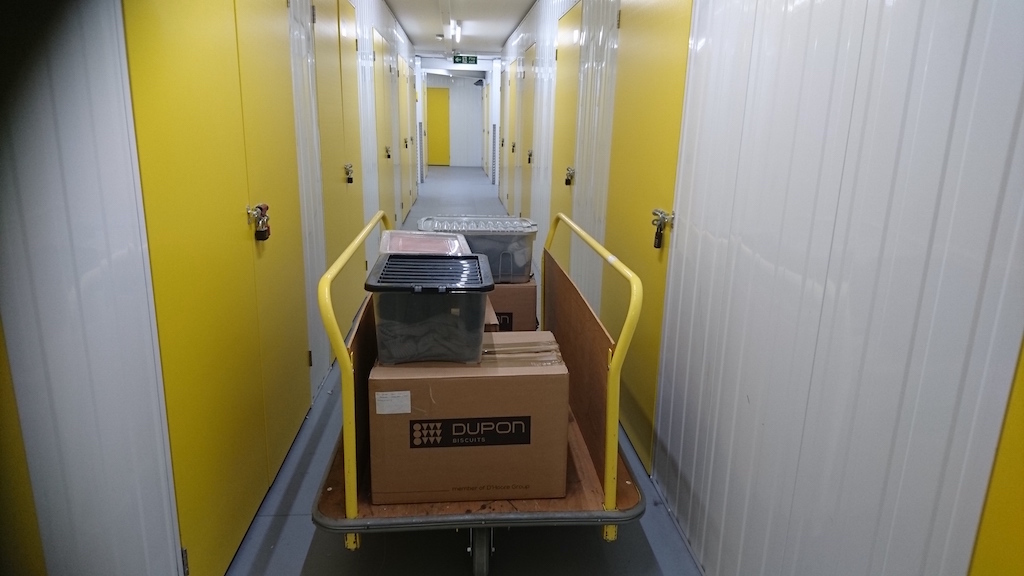 On top of the storage costs, you have to pay for insurance to protect against fire, flooding and rotting chicken. Ok, the last one isn’t an obvious hazard but it’s real. The young lad showing us round one of the storage places (who we later heard was a stand up comedian in his spare time and was performing at the Edinburgh festival this year) told of the customer who had to claim a new sofa on her storage insurance because her’s had absorbed the stench of the forgotten chicken defrosting in the freezer stored in a neighbouring unit. Seems they had to have the police and sniffer dogs out because of suspicions about the source of the stench.

As happily our tenants are taking most of our furniture, we are going for the 75 sq foot unit. It looks teeny and comes with a hefty price tag of around £2000 for 12 months including insurance. To cram all our personal possessions into this plus the few bits of furniture the tenants don’t want, our mantra is if we don’t love it enough to pay storage for it, it goes. Sorry couch.