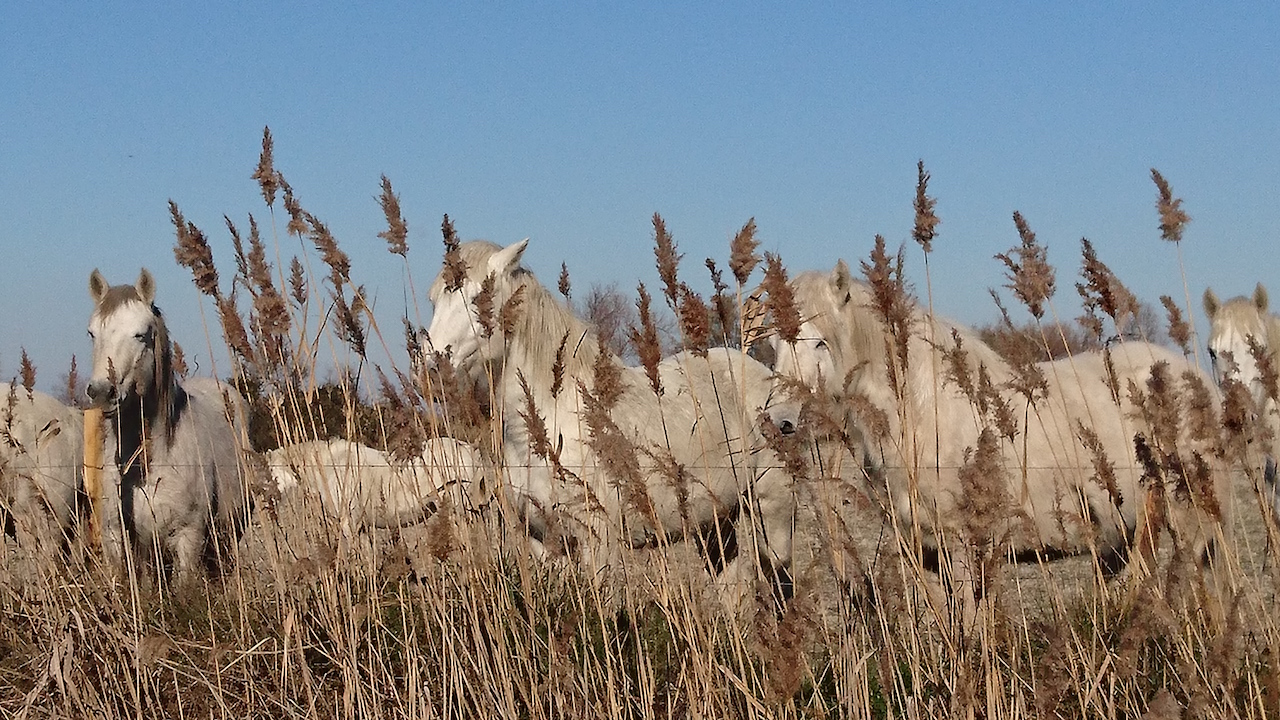 This week our van was off the road while we spent a few days in the small French town of Puivert catching up with old friends of Stuart and having the van serviced.
Then it was time to get on the move again. Our destination was Toulon, just past Marseilles, where we were travelling on the overnight ferry to Corsica. Our route took us through the wetlands of the Camargue Natural Park, very much like the Ebro Delta in its flat, expansive scenery but with the added extra of fields of white horses.
Once we left Puivert, the biggest challenge was trying to find somewhere to stay overnight. In this part of France, it looked like all the campsites were closed for the winter. But following up on a tip from a fellow traveller, we downloaded an app called Park4Night which lists places either where wild camping is accepted or where there is an official Aire with some services like a water tap. It proved to be extremely useful.

We had a very enjoyable few days as guests of Julia and Steve ….. 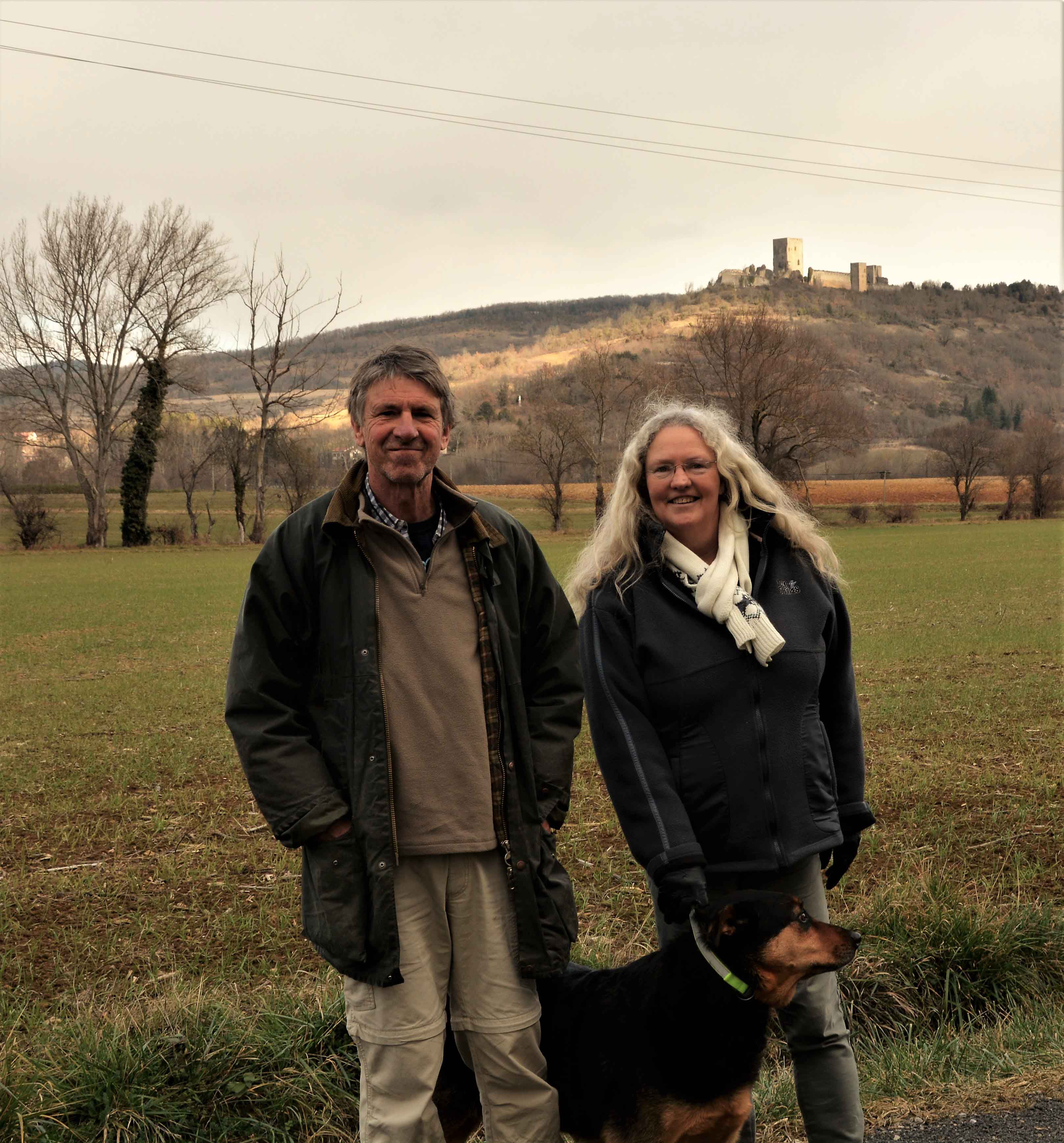 …..in their home in an idyllic setting  at the foothills of the Pyrenees.

They have been living here for many years and are part of a small number of ex-pats who have settled in the town permanently. It sounds like the blow-ins are helping keep this rural community and other smaller towns nearby alive.

While the area had an influx of newcomers from Spain back in the 1930’s as they escaped from the civil war, the population has declined steadily and now numbers around 500 people.
Among the Brits making their living there are Jayne and Paul Bayliss of Brasserie Du Quercorb. Their bar/brewery in a converted bus depot has become the social hub for ex-pats in the area…

…and they make excellent craft beer…. 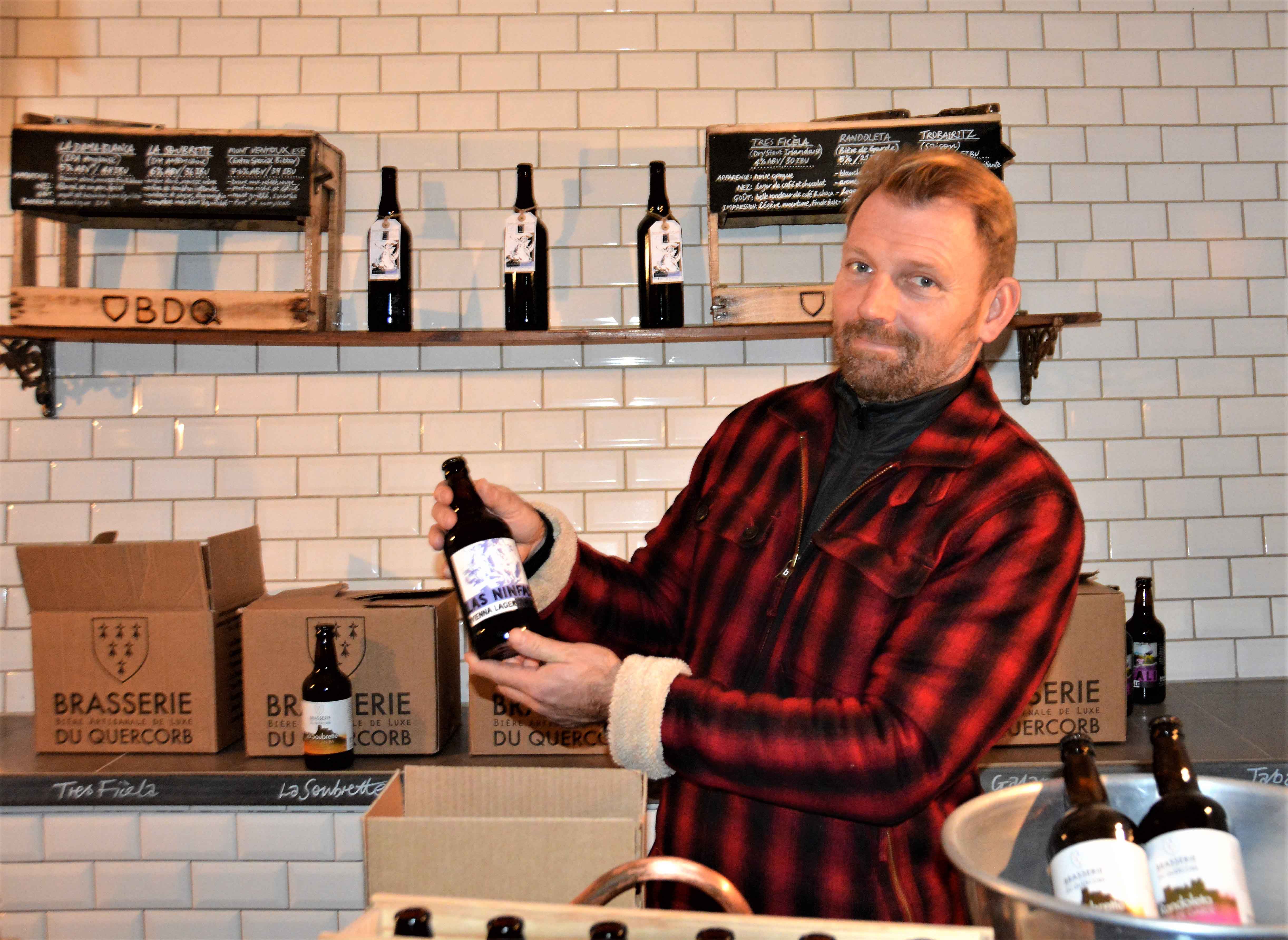 And we ate very well at one of the only places open in the town on a cold January night. Here’s the cuisse de lapin en civet served up at Le Refuge Gourmand… 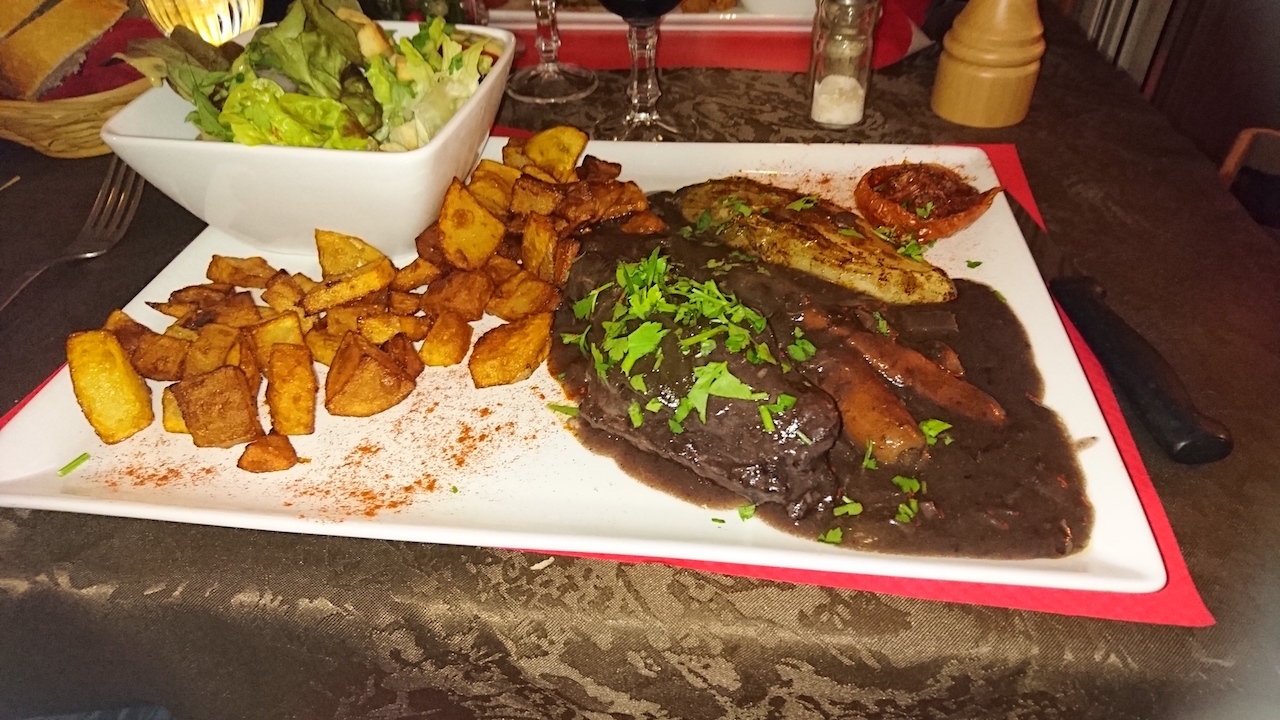 ..but the best meal of all was Julia’s home cooked cassoulet which she makes by simmering toulouse sausage, haricot beans and a chunk of chorizo in loads of red wine for ages and ages. 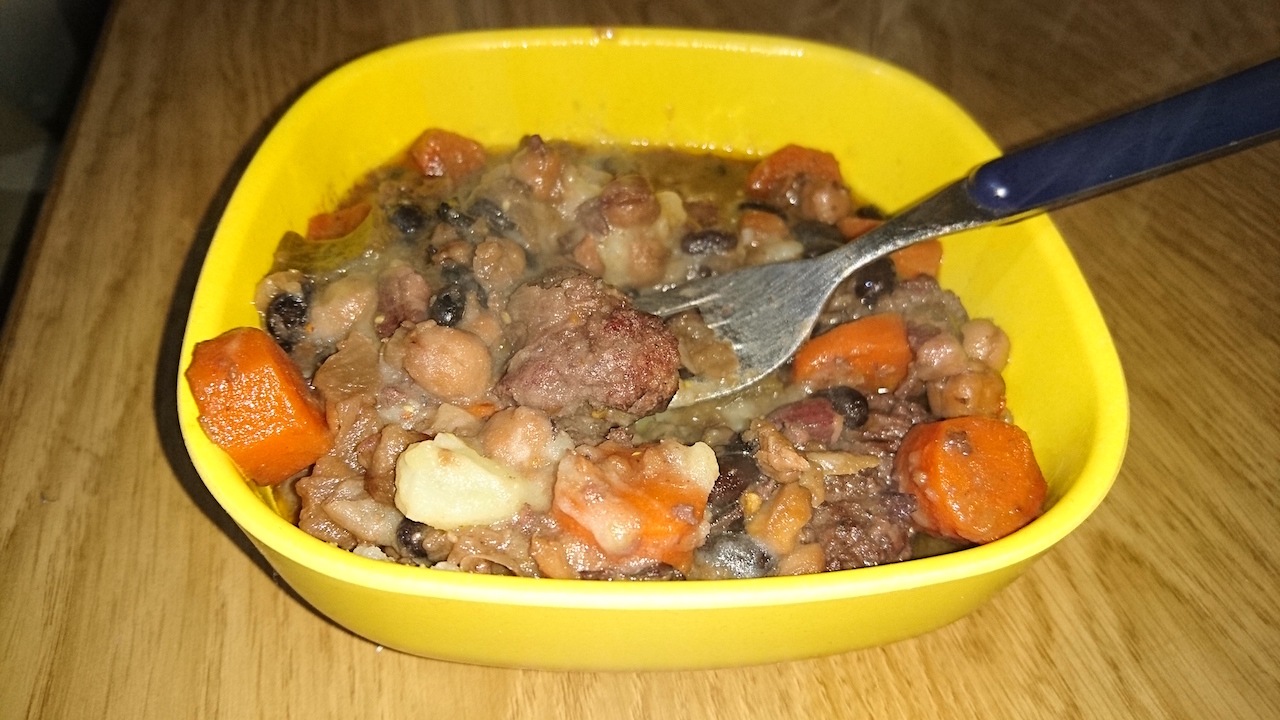 When we were back on the road, I was inspired to do a campervan cassoulet which unfortunately photographs like a bowl of Chum but tasted magnifique si je say so moi-meme.

As we left Puivert, the rain started — a very welcome arrival to the town where during our stay the local Mairie had to distribute bottled water to all residents because one of the main reservoirs had dried up after an unprecedented dry spell. 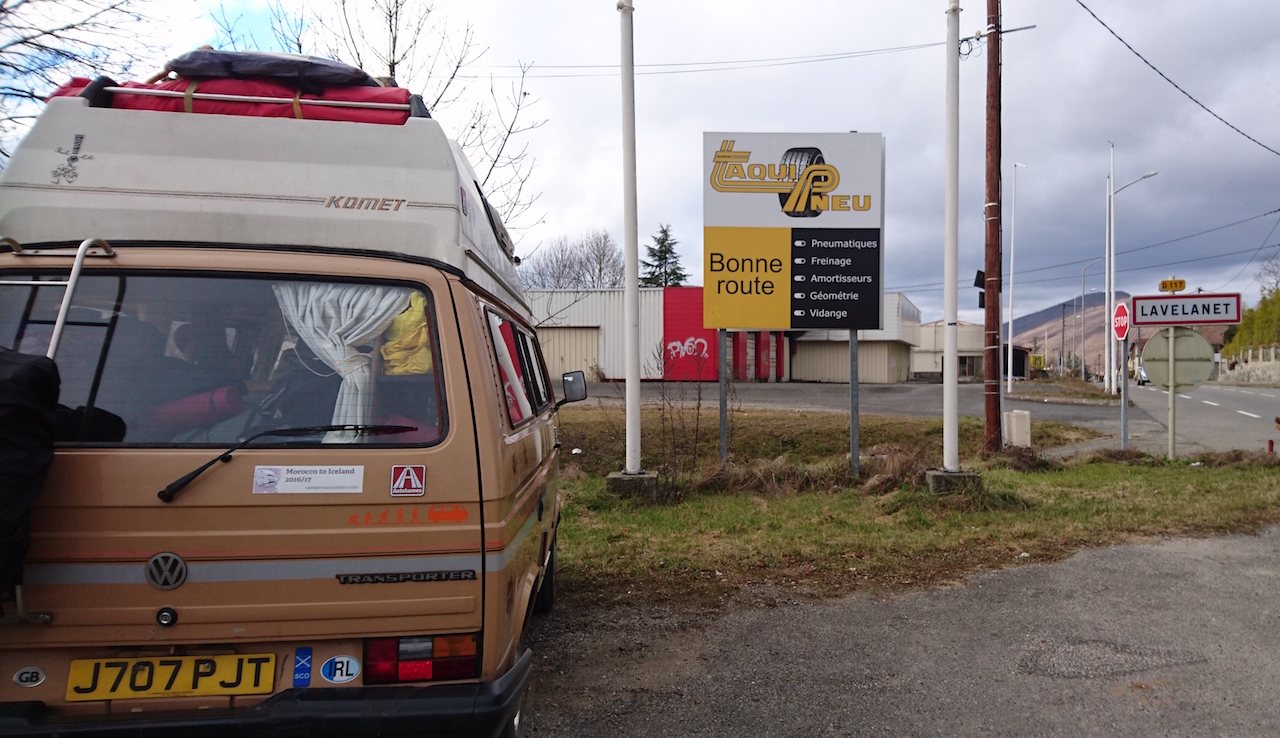 By the time we got to Puivert, we’d clocked up more than 6,000 miles on our trip so far. It was time for an oil change and – thanks to the potholes in Morocco – we also needed two new pneus.

Sadly we didn’t get the chance to ask for (phonetically speaking) too noo noos as it seems the ‘p’ in pneumatic is no longer silent once it crosses the Channel depriving us of an opportunity which I’m sure would have been comedy gold. 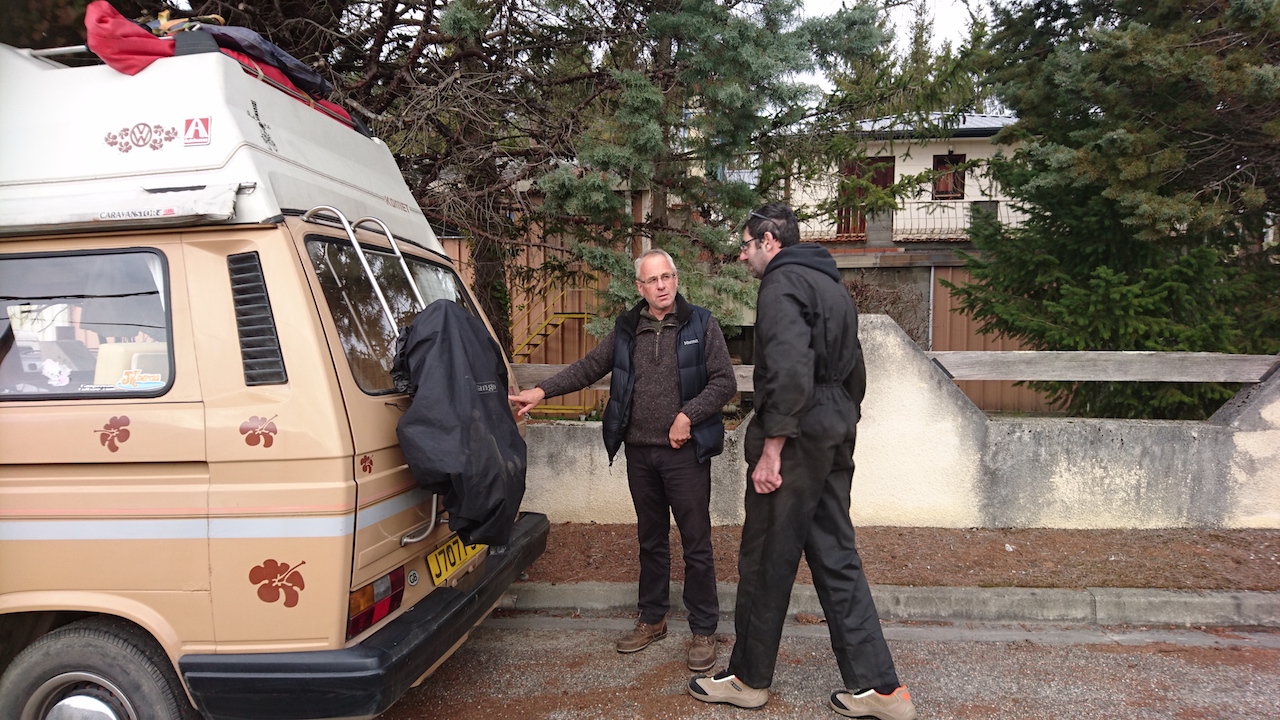 With the benefit of a scripted shopping list of service requests for Dominique le Mechanique – helpfully prepared for us by fluent French speaker Steve – we were back on the road and heading to the Camargue.

We saw the famous white horses…

….including this one with an egret perched ready to pick off some parasites in the mane… 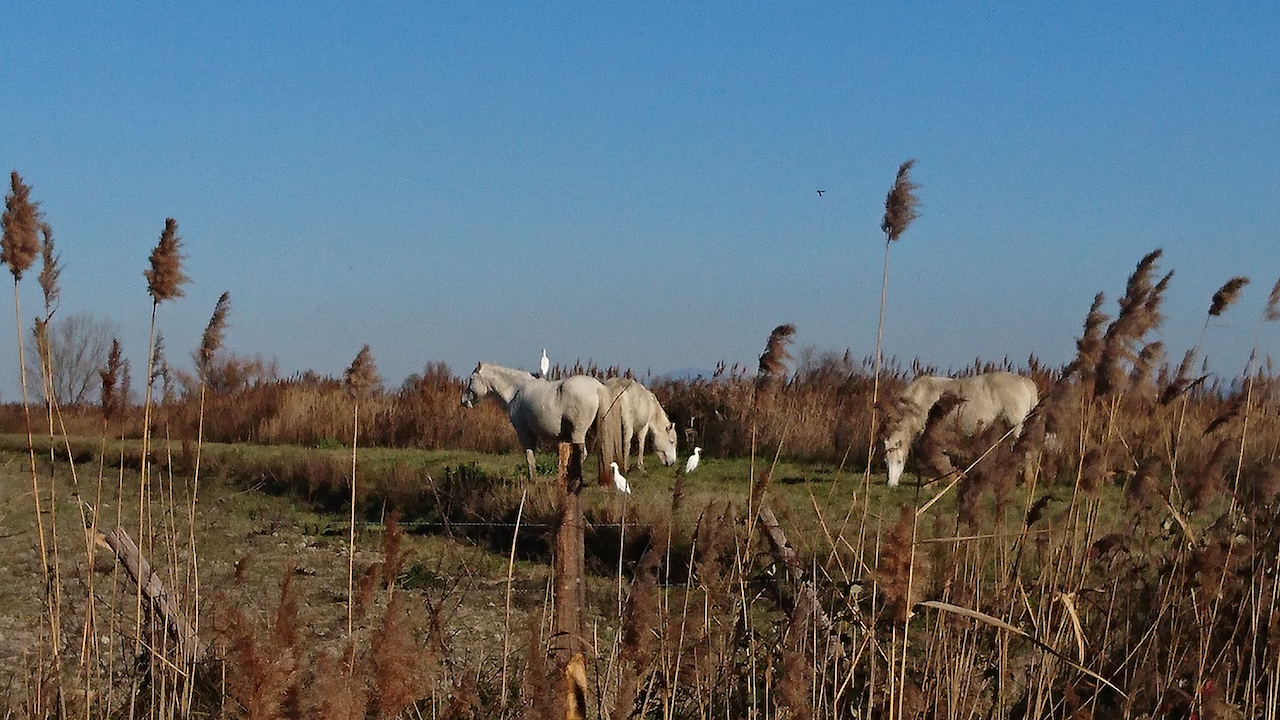 ..and these resting flamingoes, though a faulty and failing camera zoom lens which is causing much angst to the photographer has made the image a tad fuzzy. 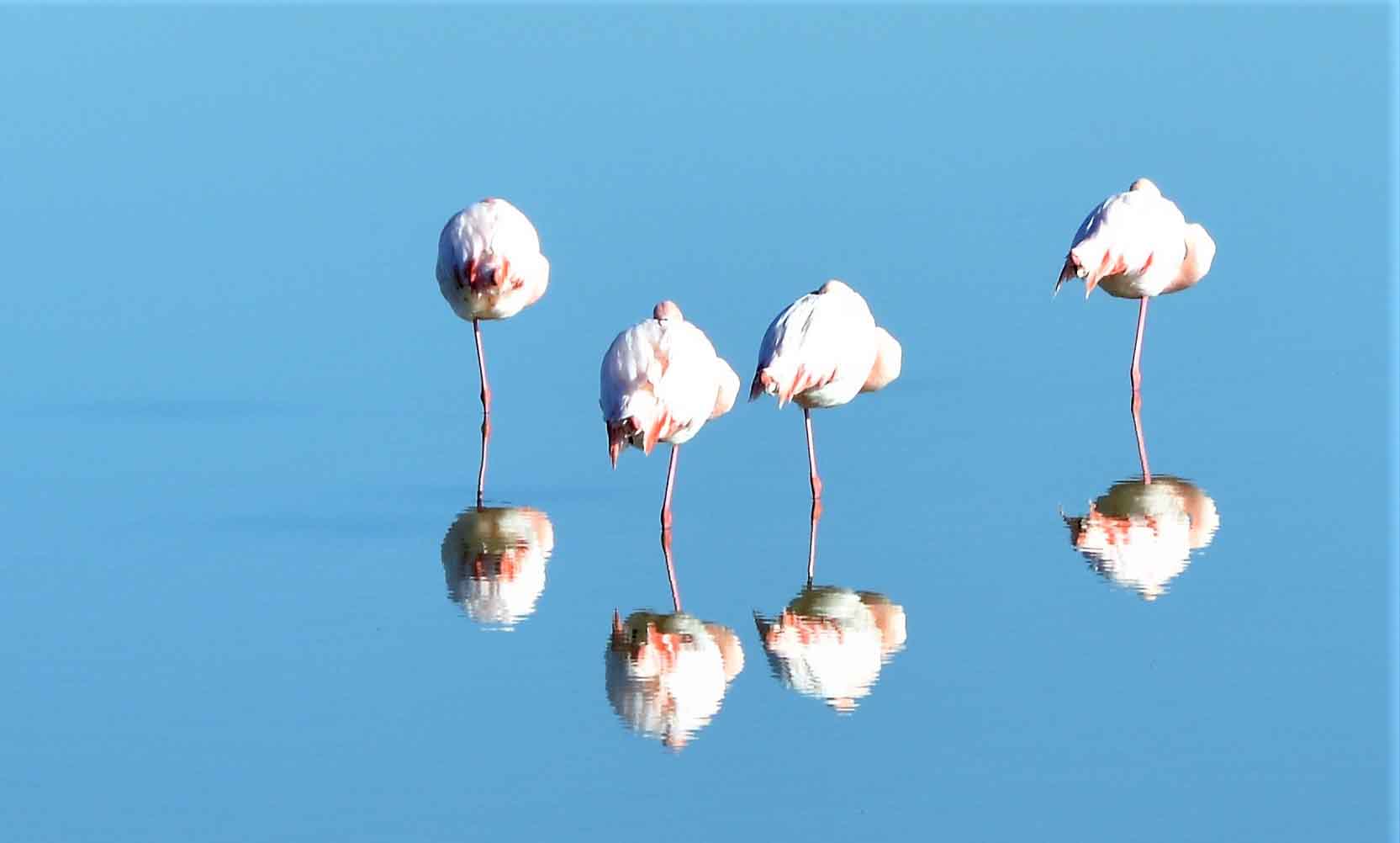 But sadly the only Camargue cowboys we saw were framed on the wall  and looking marvellously Brokeback here. 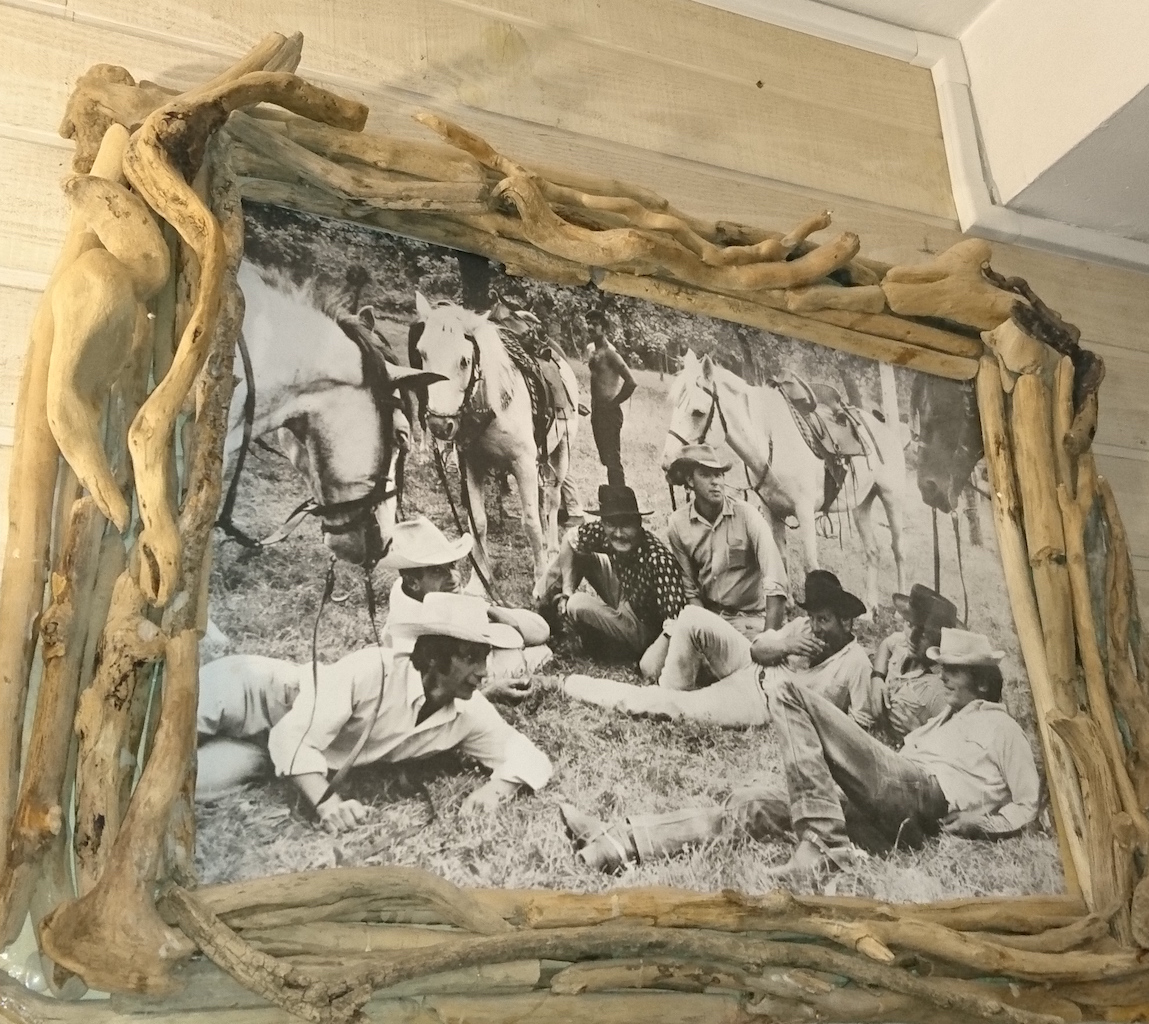 Our journey from Puivert to Toulon where we were catching the ferry to Corsica involved two nights staying in places we’d found on Park4night – one in a car park beside a vineyard in Monz and the other in a car park facing the sea in the Camargue village of St Marie.

So we were very excited about getting on the Corsica-Sardinia ferry to Bastia because our cabin for the overnight crossing had a shower which was going to be most welcome after two nights of no washing facilities. There’s only so much that can be achieved with a handful of wet wipes. 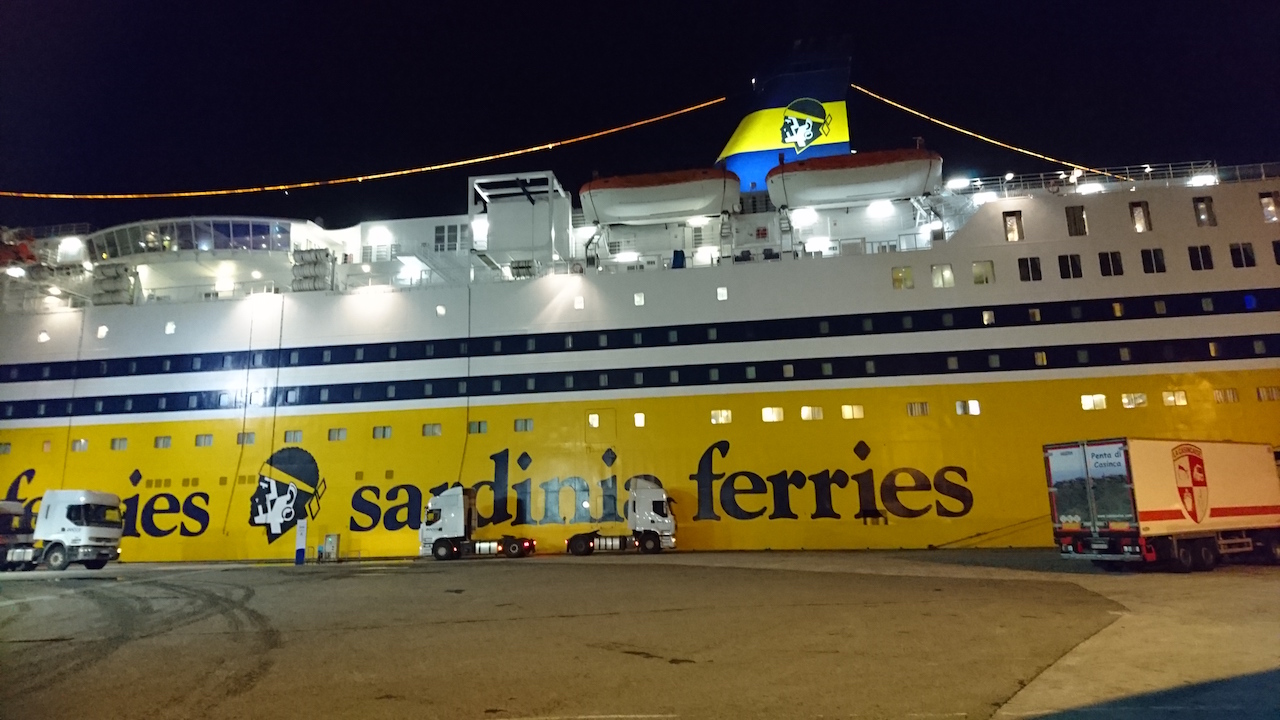 And 10 hours later, after a stormy crossing, we were in Bastia and being pulled over for a search.’Where have you come from and do you have anything to declare to French customs’, asked the officer in rapid French.

‘Eh Spain, Portugal, Morocco and no’, I said just catching up with what she’d asked.

‘Any drugs?’, she asked hopefully. ‘No’, I confirmed, suppressing a laugh at the bluntness of the question. How does anyone answer that? But satisfied we weren’t part of the French Connection, we were let continue our journey.

We’d arrived in Corsica – the first of our three-stop island hop, freshly showered and smelling fresh with hints of magnolia and honeysuckle.

6 thoughts on “Week 16 – Puivert, the Camargue and getting to Corsica”