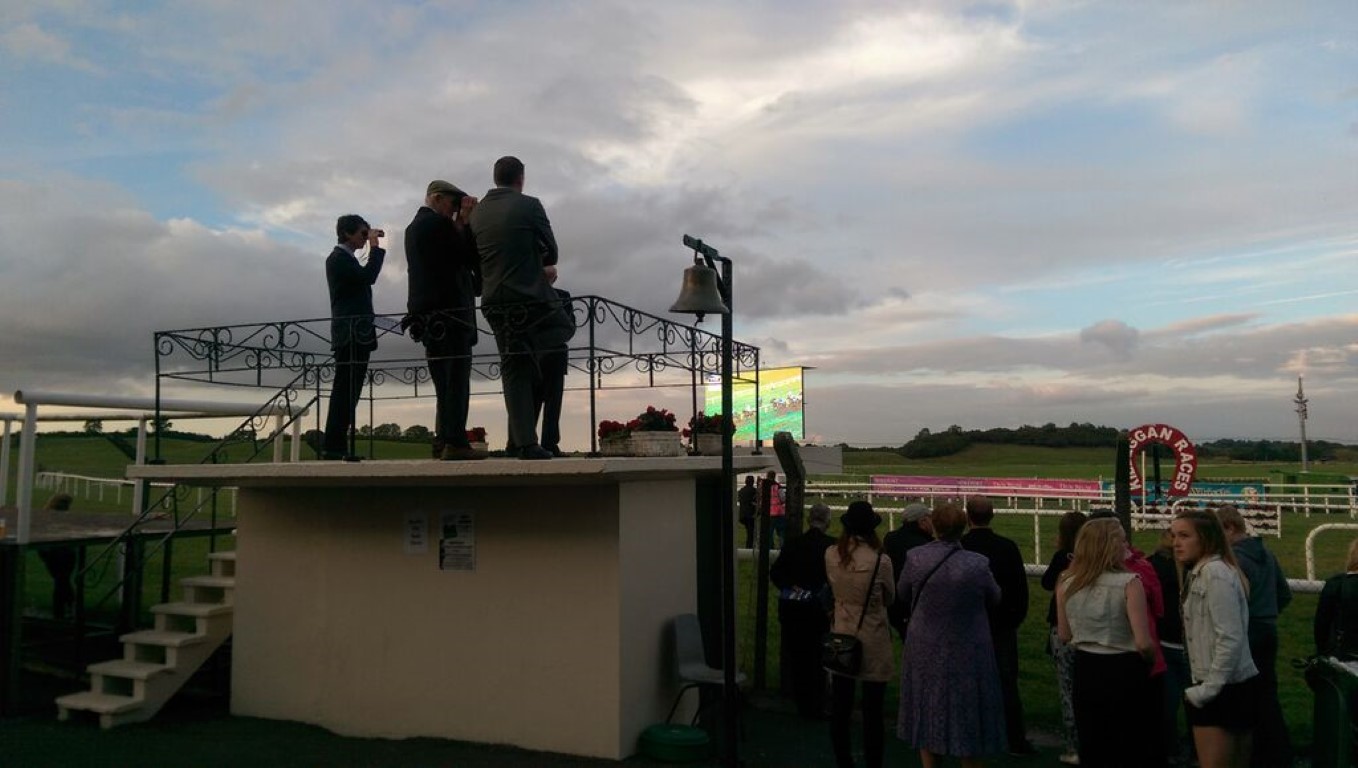 No point in bringing the van there as neither of us were prepared to be the designated driver. And there wasn’t a campsite for miles so there was no option but to book into the nearest  guesthouse to the race course (the Fort House Bed & Breakfast since you ask). Our host was most hospitable and gave us a lift to the racecourse so we got there in time for the third race in the evening meeting.

As we pulled into the parking area, a pal of his poked his head into the backseat. “Are these friends of yours?” “Well, they are staying with me,” said our host, suggesting we were somewhere between friends and paying guests. That was good enough for yer man and as he was leaving after two races, he not only gave us his ticket (saving us Eur 13) but he marked his race card with a few “winners”. Or not as it turned out. 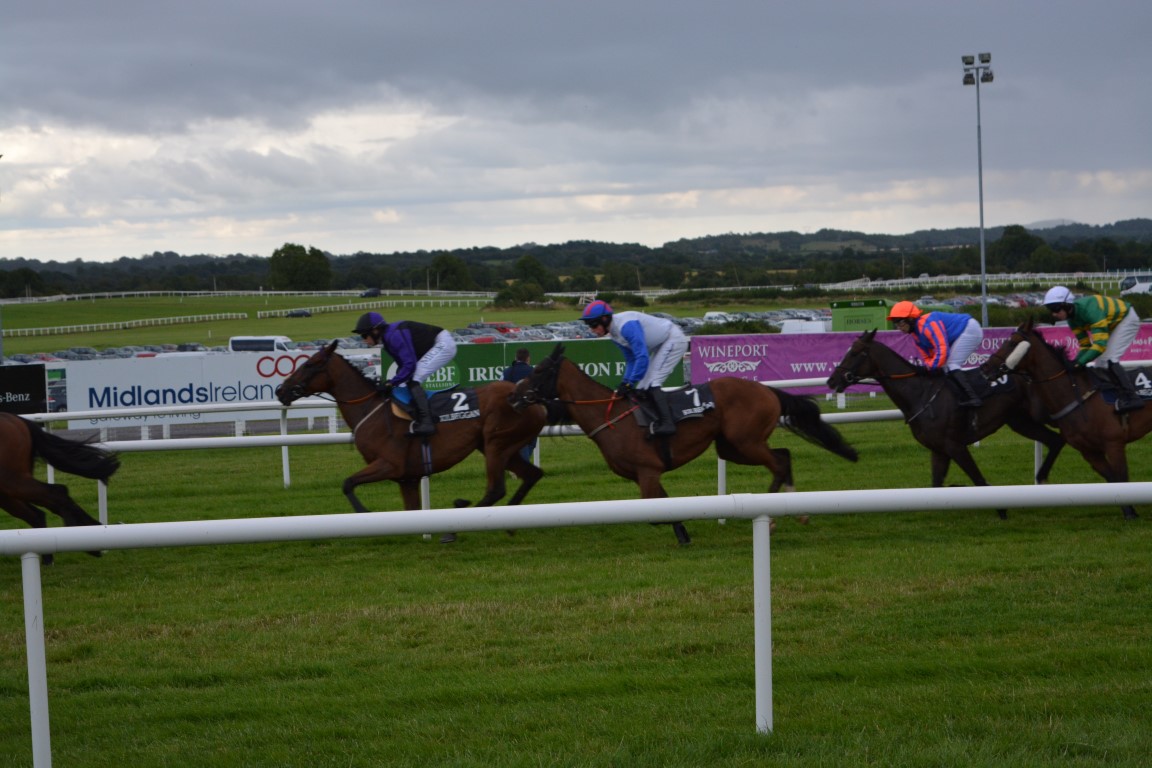 Seems his system relied on picking every horse owned by JP McManus which didn’t turn out too well.

Eventually we opted for our own system which involves studying the card, checking which horse liked a soggy track, look at their past form and then picking a name that sounded nice. And it works! Go Tulsa Jack whose sprint to the finish funded a few post-race pints. 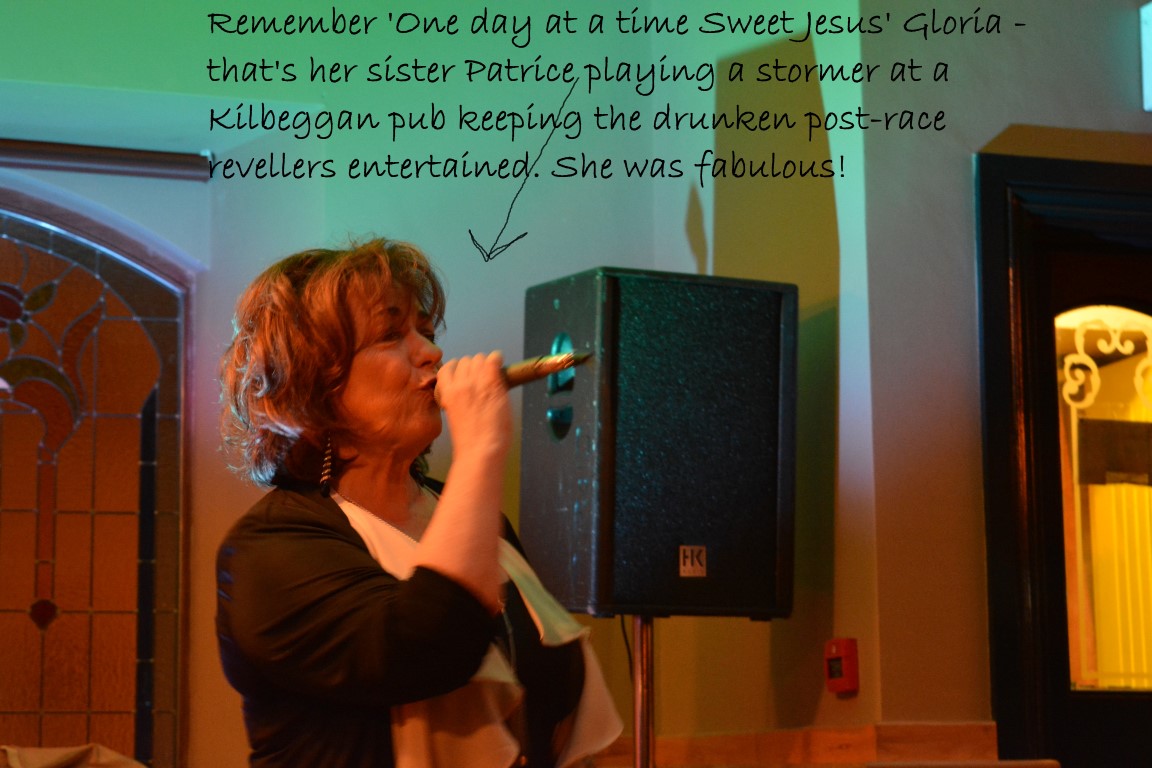 One thought on “At the races in Kilbeggan”