I like a bit of country music. Nothing too tragic or hardcore – say some Patsy, Dolly or the Man in Black (Johnny not Joaquim). Stuart? Not so much – unless maybe it had a ska beat.

So that’s why at the Hooley in the House music festival in Westport, he was here …behind the main stage,  watching Mayo play Dublin in Gaelic football on a big screen. 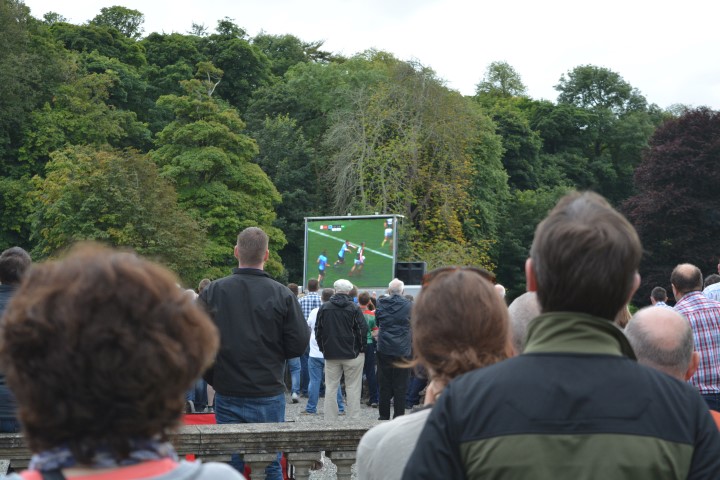 It was tense.  At stake was a  place in the All Ireland final. It looked like the whole county was rooting for the Mayo boys. All the way to Westport we saw signs of support. 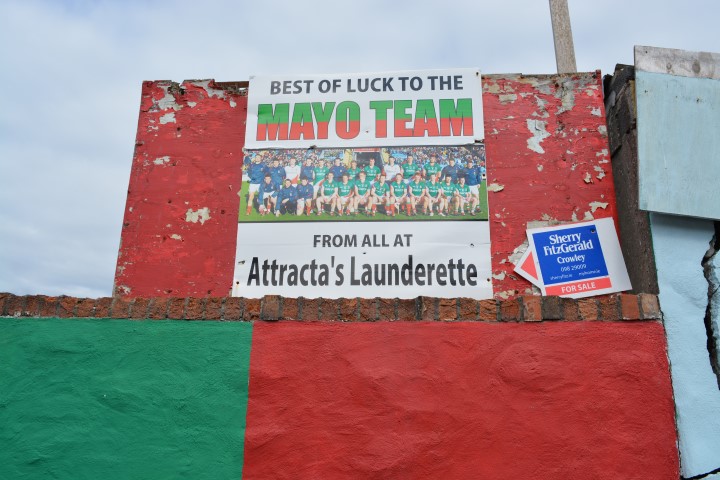 Mayo were trailing Dublin throughout the match. Some fans had already started to leave to find solace in the achy breaky heart music. O ye of little faith, They missed the dramatic finish.  Mayo managed an injury time equaliser to secure a draw and a replay in Croke Park the following week. 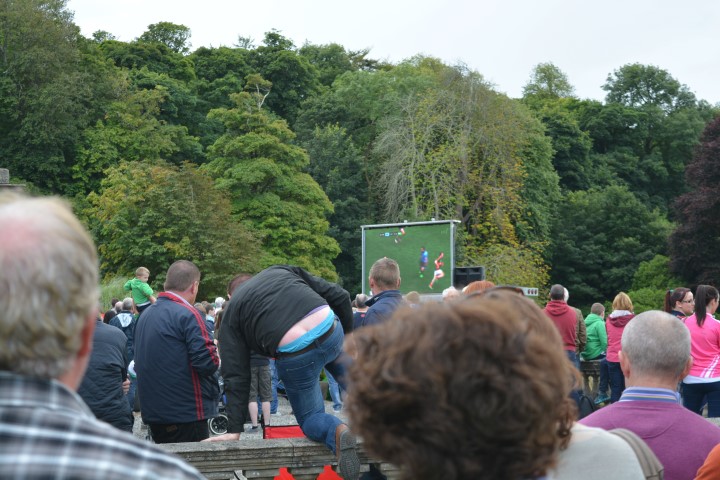 The crack was mighty.

I had hoped to float between match and music but no chance. A very firm bangharda * (see translation below) was blocking the entrance to the big screen area. She made it very clear to me. If I went I couldn’t get back in.

So it was off to keep it country. I got my festival chair and settled in with the crowds of fans who all seemed to know the words of every song. Especially ‘Wagon Wheel’ – but even I knew the words after our night in the pub in Kilbeggan. 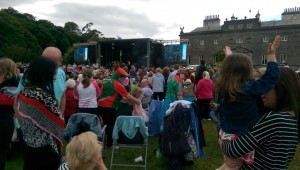 The big draw  for the Hooley crowd was this guy…. 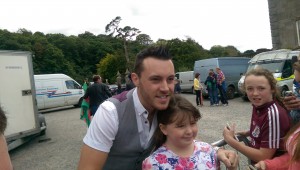 He’s Nathan Carter. “Ireland’s leading country singer” according to his website. And he holds a good tune. Here’s a blast…

Hooley in the House – a very relaxing way to spend an afternoon. It didn’t turn out so well for the Mayo team though. In the replay at Croke Park the following week, the Dubs defeated them to get to the final. That was disappointing for Attracta.

*that’s a female police officer in Ireland. ‘Ban’ means woman except turns out the ‘ban’ bit was officially abolished in 1990. I missed the memo.